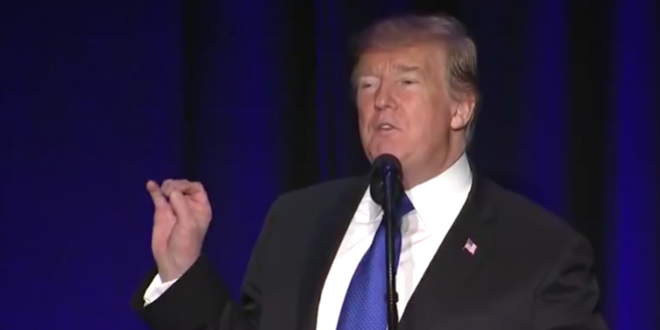 President Donald Trump says the wall he envisions in some places along the southern border would be harder to scale than Mount Everest. Even by Trump standards of exaggeration, that’s a huge leap.

The estimated height for some proposed barriers runs as high as 30 feet. Mount Everest stands nearly 30,000 feet high. Trump made the claim during a speech Wednesday to a conference of the Major County Sheriffs and Major Cities Chiefs Association.

He said the wall is “very, very on its way” and says people will have to be in extremely good physical shape to scale it. He says migrants trying to cross illegally “would be able to climb Mount Everest a lot easier.”

“You would have to be in extremely good shape go get over this one,” Pres Trump says of his border wall/barrier. Climbing Mount Everest would be easier, he added.