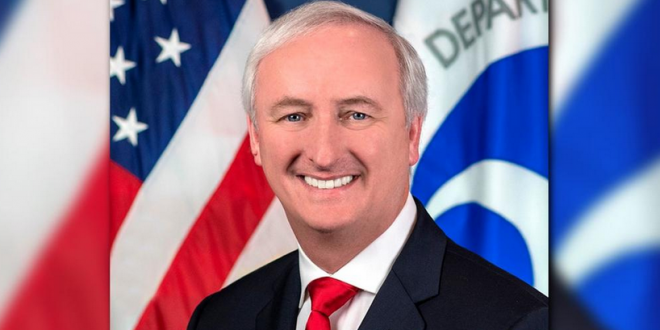 President Trump intends to nominate Jeffrey A. Rosen as deputy attorney general, the White House said Tuesday. Rosen, who is currently deputy transportation secretary, will replace Rod Rosenstein, who is expected to leave his post in mid-March.

It’s unclear what Rosenstein’s departure means for the special counsel’s investigation. He was tasked with oversight of the probe after Attorney General Jeff Sessions recused himself. It was Rosenstein who appointed Robert Mueller special counsel.

Rosen’s nomination must be confirmed by the U.S. Senate. He previously served as general counsel in the Transportation Department and the Office of Management and Budget (OMB) but does not have experience as a prosecutor or Justice Department official, which is unusual for a deputy attorney general candidate.

Rosen has supported Republican candidates in past elections, although he has not donated money to Trump, federal records show. Rosen contributed $7,545 to 2012 Republican presidential nominee Mitt Romney and $100 in April 2015 to Marco Rubio, one of Trump’s rivals for the Republican nomination in the 2016 campaign.

Previous White House To Exploit Andrew McCabe’s New Book
Next Sean Hannity: It Will Be “The End Of The Rule Of Law” If The New AG William Barr Doesn’t Investigate Hillary