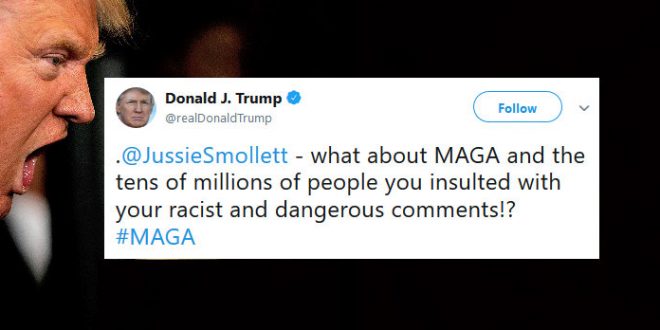 Yesterday a self-avowed white supremacist Trump supporter was arrested in a terror plot to murder leading Democrats and journalists that Trump has singled out for abuse.

But rather than posting a tweet congratulating law enforcement for thwarting terrorism, Trump is predictably tweeting about Jussie Smollett.

.@JussieSmollett – what about MAGA and the tens of millions of people you insulted with your racist and dangerous comments!? #MAGA