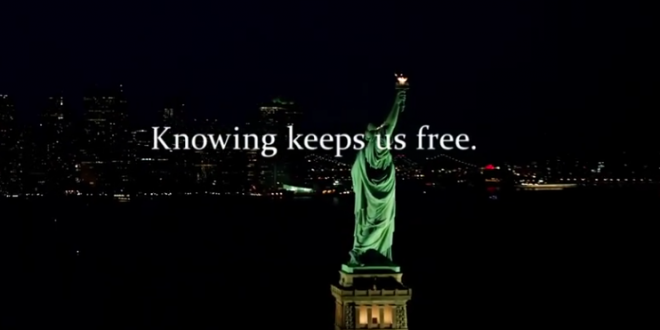 The Washington Post debuted its Super Bowl commercial, narrated by Tom Hanks, during Sunday’s game between the New England Patriots and the Los Angeles Rams.

The commercial showed scenes from major news events in history, from World War II through to the present day. According to the Post, Hanks’ narration “described the role of journalists as eyewitnesses and gatherers of facts,” as well as explored “the profession’s larger importance to society.”

At the end of the spot, the slogan “Democracy Dies in Darkness” appeared alongside the Post logo. The newspaper is owned by Bezos, who has become a frequent target of President Donald Trump.

As you’d expect, Trump cultists are flooding the YouTube comments to rant about communists, Jews, and fake news.

Grateful for the journalists at the @washingtonpost and around the world who do the work, no matter the risk or dangers they face.#democracydiesindarkness #SuperBowlAd https://t.co/faO74lvSs5 pic.twitter.com/37PLrNLJe0

You know how MSM journalists could avoid having to spend millions on a #superbowl comercial to gain some undeserved credibility?

How about report the news and not their leftist BS for a change.

Previous CHATTER AWAY: Overnight Open Thread
Next REPORT: Trump To Pledge An End To HIV At SOTU