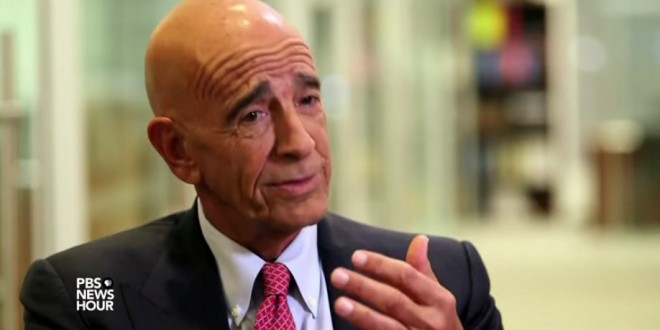 Trump Confidante In Dubai: Whatever Happened To Khashoggi, Atrocities In America Are Equal Or Worse

When CNN’s Becky Anderson asked Barrack about the effect the murder of journalist Jamal Khashoggi has had on Saudi Arabia’s global reputation, Barrack first cracked a joke before stressing that “whatever happened in Saudi Arabia, the atrocities in America are equal, or worse,” per Gulf News.

Barrack is a longtime friend and confidante of President Trump and played a key role both in his 2016 campaign and the Trump-Russia scandal that grew in its aftermath.

It was Barrrack who helped usher Paul Manafort into the campaign in early 2016. Barrack was back in the news last week for his role as chairman of the Trump inaugural committee, which is now the subject of a federal probe.

Barrack first appeared on JMG in early 2017 when he declared that inauguration festivities would surround Trump in “soft sensuality.”

Previous Sarah Huckabee Sanders: The Idea That Trump Would Encourage Violence At His Rallies Is “Absolutely Absurd”
Next Wife Of Top WH Staffer Goes On Anti-Vax Rant: Bring Back Our Childhood Diseases, Come Breathe On Me