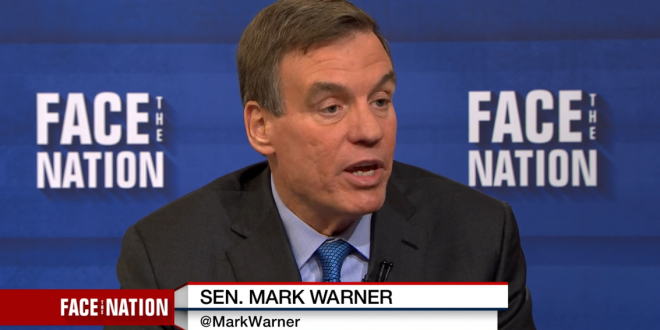 Sen. Mark Warner, the top Democrat on the Senate Intelligence Committee, rejected Republican Chairman Richard Burr’s recent statements that the committee has not found evidence of collusion, saying the investigation is still ongoing and the committee still had to interview key witnesses.

Warner’s comments represented a rare public split for the leaders of the Senate Intelligence Committee, which has been the only congressional panel that has kept its investigation into Russia’s 2016 election meddling on a bipartisan track.

Previous White House: President Trump Condemns All Acts Of Violence, “Including Against Members Of The Press”
Next Bloomberg: AMI Has $1B Debt, Negative Net Worth