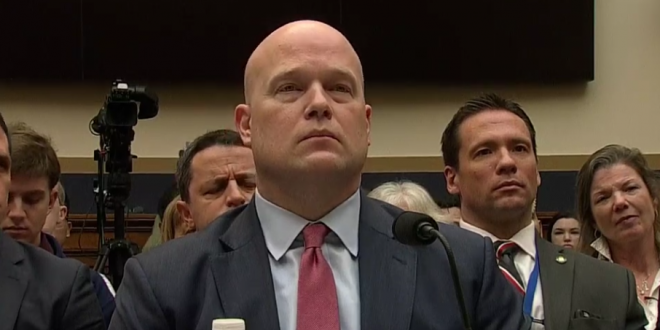 Today’s Fiery Hearing Was Just A Taste For Trumpworld

Acting Attorney General Matt Whitaker put on a performance today that’s likely to leave plenty of top Trump officials even less excited about the prospect of their day on Capitol Hill.

After two years of being left alone by Republicans, Trumpworld is staring down the barrel at two grueling years of no-win situations before House committees.

If you play nice, President Trump has shown plenty of willingness to publicly go after his own people. But if you play not-so-nice, as Whitaker did at times today, you can expect even more scrutiny from subpoena-empowered Democrats.

Previous WH Issues Alleged Results Of Trump’s Physical: In Very Good Health And Will Remain So Past His Presidency
Next CHATTER AWAY: Overnight Open Thread