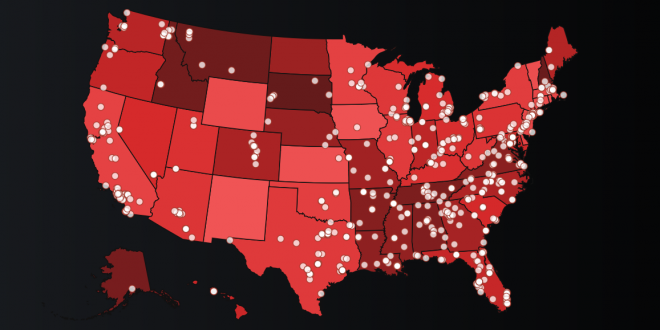 For the fourth year in a row, the Southern Poverty Law Center, a civil rights organization that tracks hate groups, reports that hate and domestic extremism are rising in an unabated trend.

The watchdog group blames President Trump, his administration, right-wing media outlets and the ease of spreading hate on social media platforms for the alarming increase. The growth, it says, is largely driven by “hysteria over losing a white-majority nation to demographic change.”