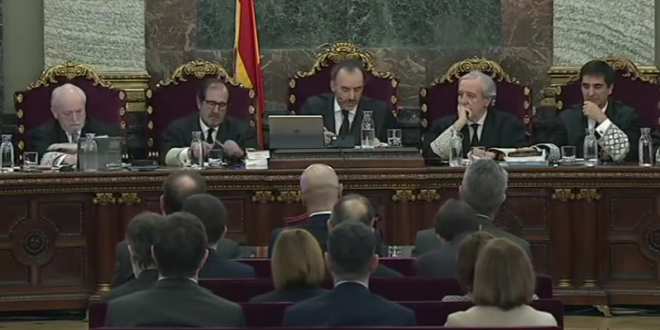 In what is being billed as Spain’s “trial of the century,” a dozen politicians and activists face charges in the Supreme Court over their involvement in Catalonia’s push for independence in 2017. The trial, which started Tuesday, sees those in the dock facing charges including rebellion and sedition.

The trial is expected to last at least three months. As well as shining a light on the Spanish justice system, the trial’s outcome could set the course for the Catalan secession movement and the tone of national politics for years to come.

The charges stem from the Catalan independence referendum on Oct. 1, 2017 that the regional government held in defiance of Spain’s Constitutional Court judges, who ruled that the vote was illegal.