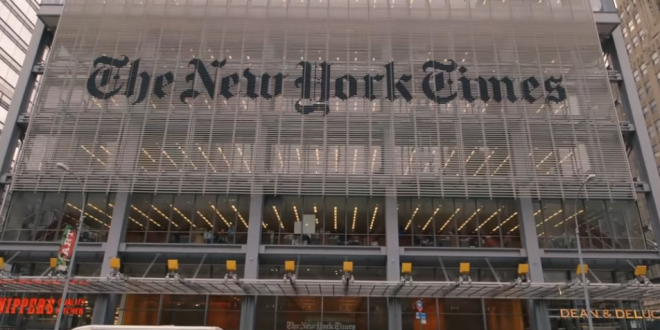 President Donald Trump has repeatedly described the New York Times as “failing,” but its latest results tell a different story. Online subscriptions accelerated for a fourth quarter, prompting New York Times Co. to set an ambitious new goal: hitting 10 million subscriptions by 2025. That helped send the shares to a 13-year high on Wednesday.

The company is now doing well enough that it plans to buy back its Manhattan office space for $250 million, ending a decade-old leaseback deal from when it was desperate to pay down debt. The Times also raised its dividend.

“A strong quarter capped a strong year,” Chief Executive Officer Mark Thompson said in a statement. “After just three years, we are already three-quarters of the way to achieving our five-year goal of doubling digital revenue.”