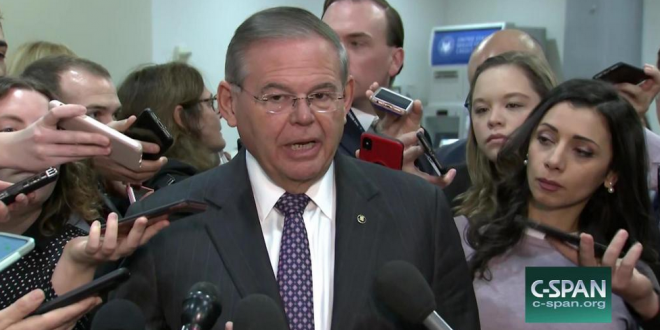 Sen. Robert Menendez wants to make sure undocumented immigrants who formerly worked at President Donald Trump’s golf clubs are not deported while allegations of misconduct by the Trump organization are being investigated.

Menendez, a New Jersey Democrat, wrote to FBI Director Christopher Wray and Homeland Security Kirstjen Nielsen requesting that the former workers be protected. They were reportedly fired from Trump-operated facilities in both Bedminster, N.J., and Westchester County, N.Y., after it became public that they did not have legal immigration status.

The senator recently met with the former workers, including Victorina Morales and Sandra Diaz, who both worked at the Trump National Golf Club Bedminster and came forward in a New York Times story back in December. Morales and Diaz will be attending Tuesday’s State of the Union address.