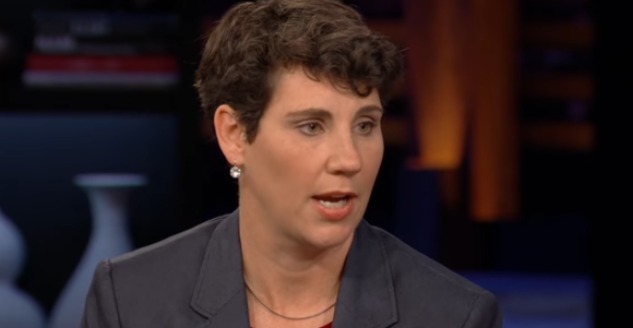 Chuck Schumer is actively recruiting a high-profile fighter pilot to take on Mitch McConnell in 2020 — a calculated act of aggression against a leading Republican foe.

Schumer met with Amy McGrath, a Marine veteran-turned 2018 congressional candidate, at Democratic Party headquarters last month to pitch her on running against McConnell. McGrath listened and didn’t rule it out.

McConnell, the longest-serving Senate GOP leader, is gearing up for a reelection fight and leaving little to chance. His political team has begun compiling opposition research on McGrath and delving into video tracking footage of her.

McGrath has been trending on Twitter today. In November, she came within three points of unseating three-term incumbent GOP Rep. Andy Barr.