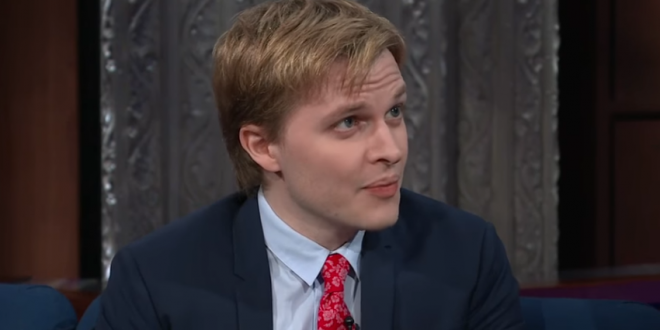 Ronan Farrow: The Enquirer Tried To Blackmail Me Too

Ronan Farrow had a message for Jeff Bezos on Thursday: Me, too. Farrow, whose journalistic efforts have detailed sexual misconduct accusations against the likes of Les Moonves and Harvey Weinstein, took to Twitter on Thursday to express solidarity with Amazon boss Bezos, after Bezos said that he had received a blackmail threat from National Enquirer parent company AMI. On Thursday, Amazon CEO Bezos accused AMI of trying to blackmail him into dropping an investigation into how the tabloid obtained his personal text messages and photos with Lauren Sanchez, with whom he was reported to have had an affair.

I and at least one other prominent journalist involved in breaking stories about the National Enquirer’s arrangement with Trump fielded similar “stop digging or we’ll ruin you” blackmail efforts from AMI. (I did not engage as I don’t cut deals with subjects of ongoing reporting.) https://t.co/kHQdWIkVjV