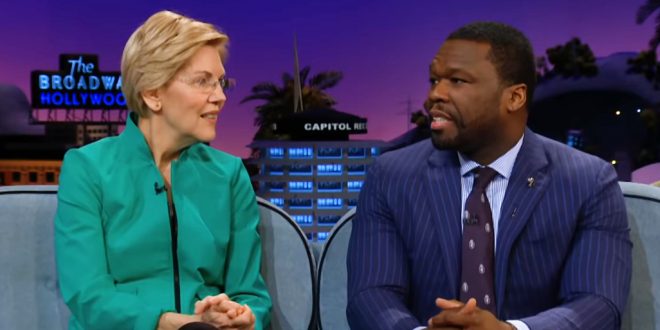 Apparently, Donald Trump really, really wanted to beef up his inauguration attendance — and not just for a misleading split-screen with Barack Obama’s crowd. Rapper Curtis “50 Cent” Jackson” told James Corden late on Tuesday night that the current POTUS’ administration offered him “half a million dollars to go” to Trump’s Jan. 20, 2017 swearing in.

“To play at the inauguration?” Corden asked, to clarify. “No, just to come,” 50 said.  “I didn’t do it because I didn’t know if I could fix the damage,” the “Power” actor and executive producer explained. “All money is not good money. You have to be careful with what you’re doing publicly.”