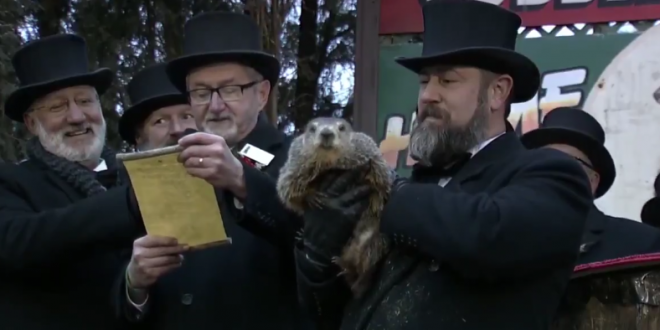 Pennsylvania’s most famous groundhog did not see his shadow on Saturday, predicting spring this year will arrive early. Members of Punxsutawney Phil’s top hat-wearing inner circle revealed their forecast at sunrise on Saturday, as the Midwest and East Coast recovered from this week’s dangerous Arctic blast.

The festivities have their origin in a German legend that says if a furry rodent casts a shadow on February 2, winter continues. If not, spring comes early. In reality, Phil’s prediction is decided ahead of time by the group on Gobbler’s Knob, a tiny hill just outside Punxsutawney. That’s about 65 miles northeast of Pittsburgh.

Thousands have again gathered at Gobbler’s Knob in Punxsutawney, Pennsylvania, to see what the great prognosticator will see:

An early spring or 6 more weeks of winter? pic.twitter.com/tM8wbvkvHe