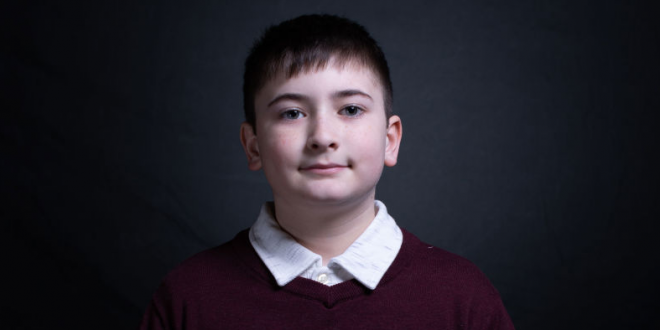 A 6th-grade boy who is bullied because of his last name, Trump, is among about a dozen people invited by President Donald Trump and first lady Melania Trump to the State of the Union on Tuesday, the White House said Monday.

“Unfortunately, Joshua has been bullied in school due to his last name,” the White House release said of Joshua Trump, of Wilmington, Delaware. Among the other guests of the president and his wife are family members of Gerald and Sharon David of Reno, Nevada, an elderly couple who were killed in January, allegedly by an undocumented immigrant.

Joshua Trump made headlines last December when it was reported that he was in the process of changing his last name after being bullied at school.

“He said he hates himself, and he hates his last name, and he feels sad all the time, and he doesn’t want to live feeling like that anymore, and as a parent that’s scary,” his mom, Megan Berto, told reporters.

But chants of “Dump Trump” on the school bus haven’t deterred the boy from agreeing to attend the State of the Union as the guest of President Trump (no relation).

Joshua Trump is trending at #1 on Twitter this morning.

Poor Joshua Trump. What kind of low life would use a person’s name to mock and bully them?

BTW, Joshua will be seated in the same row as Lyin’ Ted, Little Marco, Cryin’ Chuck, Crooked Hillary, and right next to Adam Schitt. #BeBest

Feel bad for this Joshua Trump kid who got invited to the SOTU because he gets bullied due to his name, but it’s pathetic that the one time Trump (the biggest bully out there) cares about bullying it’s only because his last name is involved.