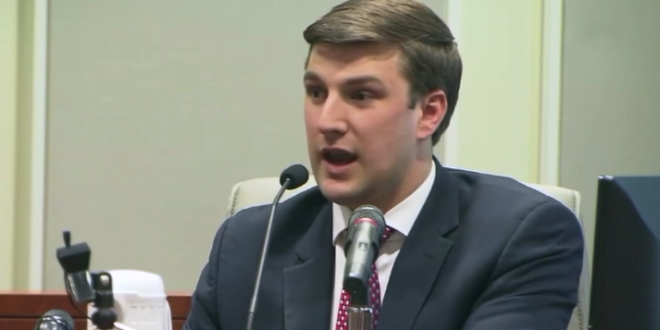 John Harris said he sent his father an email outlining felony criminal law in 2017 as it relates to ballot-collecting. But he said that he doesn’t thinks his parents believed Bladen County political operative McCrae Dowless was breaking the law. “I have no reason to believe that, at all…I think they were lied to,” said John Harris, son of congressional candidate Mark Harris. He said they met with Dowless on April 6 and told John Harris they planned to hire him.

“I just didn’t believe McCrae, because the numbers didn’t add up,” said John Harris. He was concerned enough that he sent his parents an email outlining the criminal statutes that make ballot-harvesting a felony in North Carolina. John Harris said he was worried about the political optics of having a “shady character” on the campaign payroll. And he had become convinced that Dowless was harvesting ballots illegally.

#nc09: John Harris says he had a convo w/Andy Yates in June 17 – “raised concerns about what I had then learned at that point that McCrae Dowless had been hired.” Heard he was “shady character.” Yates “assured me” he would watch him. My impression was that he was “wary.” #wral