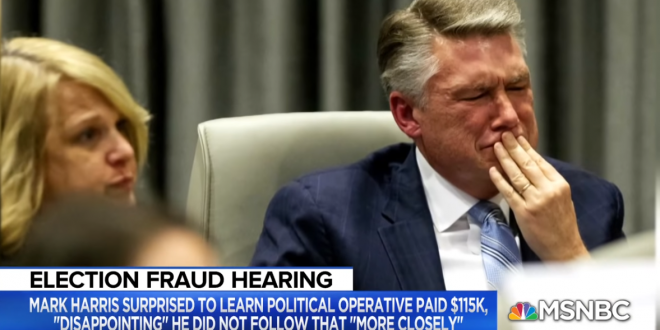 Republican Mark Harris, in a stunning reversal, called Thursday for a new election in North Carolina’s 9th Congressional District, giving up hopes of being certified as the winner in a race marked by voting irregularities in Bladen and Robeson counties.

“I believe a new election should be called,” Harris said in testimony before the state elections board, citing evidence he had heard over the first three days of the hearing in Raleigh. “It’s become clear to me the public’s confidence in the 9th District seat general election has been undermined to an extent that a new election is warranted.“