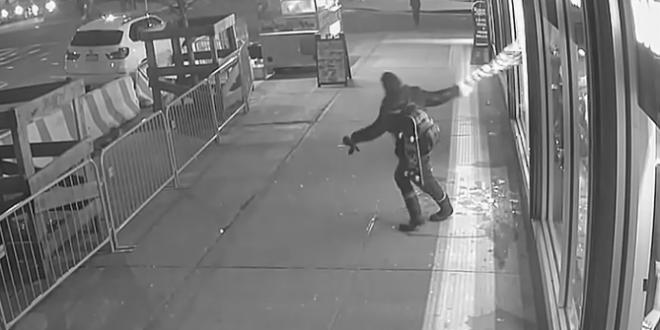 This is some high-level hate. A deranged man was so enraged at Barack Obama that he tossed a heavy cinder block through the plate glass window of a Harlem store last month, yanked out a mannequin of the former President, and left it shattered on the sidewalk. The agitated man walked by the Romantic Depot on Broadway near W. 138th St. on Jan. 26 when he stopped and paced in front of the window.

It had a display featuring Obama dressed as a prince, and President Trump dressed as a princess wearing a Make America Great Again hat, said Glen Buzzetti, the owner of Romantic Depot’s seven New York City stores. “He definitely was a Trump supporter who was very angry with Obama’s policies, and he kept on repeating it after he was caught that he hated Obama and Obama ruined the country,” Buzzetti said.

Store employees chased the man and protected him from furious passersby until the police arrived.