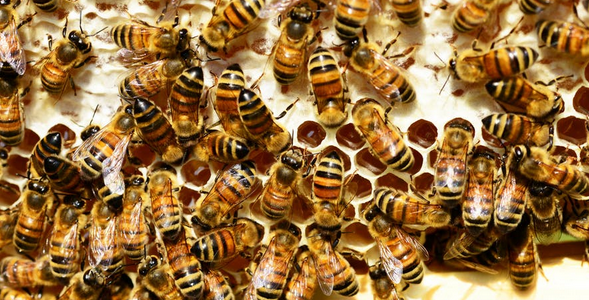 The world’s insects are hurtling down the path to extinction, threatening a “catastrophic collapse of nature’s ecosystems,” according to the first global scientific review.

More than 40% of insect species are declining and a third are endangered, the analysis found. The rate of extinction is eight times faster than that of mammals, birds and reptiles. The total mass of insects is falling by a precipitous 2.5% a year, according to the best data available, suggesting they could vanish within a century.

The analysis, published in the journal Biological Conservation, says intensive agriculture is the main driver of the declines, particularly the heavy use of pesticides. Urbanisation and climate change are also significant factors.

Word of the day: “insectageddon” – the current calamitous population decline of insect species globally, with catastrophic results for life on Earth.
Insects are “the little things that run the world.” (EO Wilson)#LexiconForTheAnthropocene
See: https://t.co/HMpOi3q3FX pic.twitter.com/wqjoL0PLXA

– rate of extinction is 8x faster than for vertebrates

– data suggest they could vanish within a century