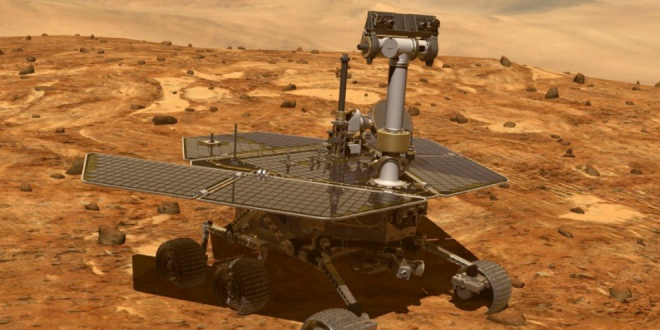 NASA’s Opportunity rover is officially dead, the space agency has said, after it disappeared in a dust storm on Mars. Clearly emotional NASA staff, standing in front of a life-sized replica of the rover, said they had not heard back from the rover and that the mission would come to an end. “I am standing here with a sense of deep appreciation and gratitude,” said NASA associate administrator Thomas Zurbuchen, before he announced that the Opportunity mission is now considered complete.

The robot set a huge number of records as it travelled across the Martian surface, eventually traveling some 28 miles and lasting far longer than any other Mars lander.  It discovered that water once flowed on the planet and lit up the world with the possibility that it might once have supported life. But in June – after sending messages back to NASA that indicated it was getting dark and its batteries were running low – the rover went silent.