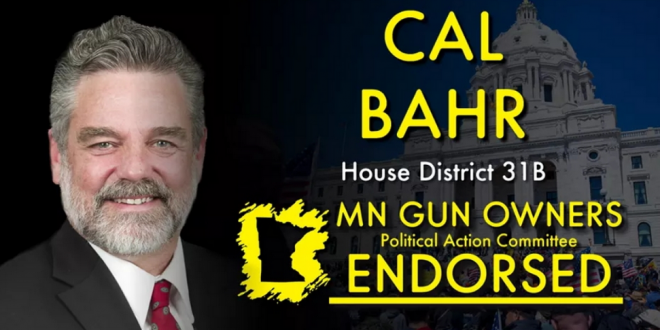 The two major gun control proposals lawmakers plan to debate this session haven’t even had a hearing yet at the state Capitol and already accusations and condemnations are flying.

“There’s a lot of us in this room that have had enough, and it’s time to start riding herd on the rest of these people that want to take your rights away from you,” Bahr said. “They will not go quietly into the good night. They need to be kicked to the curb and stomped on and run over a few times,” he said.

House Speaker Melissa Hortman (DFL-Brooklyn Park) issued a statement in response to Bahr’s threatening language, which she called “reprehensible.” Hortman, an attorney and a former Hennepin County prosecutor, sees a malevolent aspect to Bahr’s speech, and considers it an unnecessary call to arms to his (heavily armed, most often) allies.

“Encouraging violence is irresponsible and dangerous. While some political issues elicit strong feelings by proponents and opponents, a hallmark of our country’s democracy is that we resolve disputes without recourse to violence. The Minnesota House of Representatives will foster a safe and respectful conversation on the issue of gun violence prevention.”