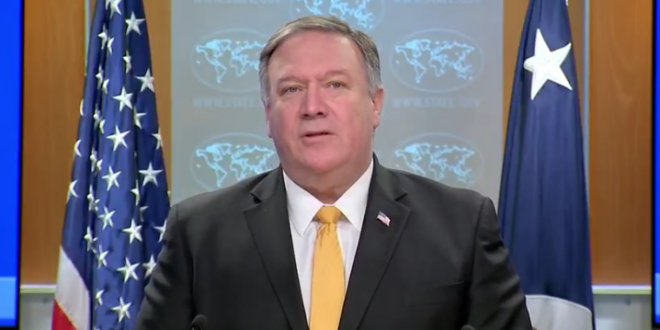 Secretary of State Mike Pompeo “ruled out” a bid for the Senate from Kansas in 2020. “I love Kansas,” he said Thursday of the state he served in the House prior to leading the State Department during a live interview on “Today.”

Pompeo added that he will serve as secretary of state as long as Trump will allow him. “It’s ruled out,” he said of a possible bid. “I’m here, I’m loving it.”

Last month, The Washington Post reported that Senate Majority Leader Mitch McConnell personally urged Pompeo to run for a seat being vacated by Republican Sen. Pat Roberts. Pompeo had since met with the retiring senator.

“It’s ruled out.” @SecPompeo says of running for an open Senate seat in Kansas in 2020 pic.twitter.com/mrVCrEFu6o