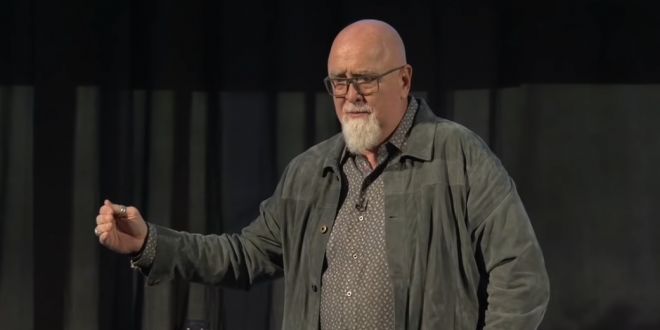 Longtime leader of the Chicago-area megachurch Harvest Bible Chapel James MacDonald has been ousted as senior pastor in light of unsavory remarks he made on a hot mic that were aired on local media last Tuesday.

MacDonald’s firing comes after the publication of a lengthy investigative piece by Julie Roys in World magazine. Her article, “Hard Times at Harvest,” which took eight months to complete, documented alleged financial malfeasance, abusive dynamics  — particularly MacDonald’s temper — and a culture of fear and intimidation.

Among the things said in the audio is MacDonald talking about planting child pornography on Christianity Today CEO’s Harold Smith’s computer, crude remarks about Julie Roys — including joking that she had an affair with CT Editor-in-Chief Mark Galli — and a vulgar reference to Ed Stetzer, executive director of the Billy Graham Center at Wheaton College.