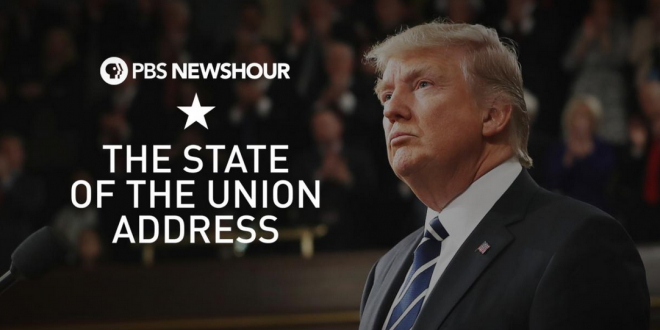 President Trump will deliver his second State of the Union address to Congress on Tuesday night. He’s expected to deliver a bipartisan message themed around “choosing greatness,” while outlining what the White House calls a “policy agenda both parties can rally behind.”

Trump’s address will begin at 9 p.m. ET. His remarks will be followed by two responses: former Georgia gubernatorial candidate Stacey Abrams will deliver the Democratic response, and California Attorney General Xavier Becerra will give the Spanish-language remarks.

The tradition of the speech traces back to the Constitution, which calls for the president to “from time to time give to the Congress Information of the State of the Union.” The televised responses began in 1966.

I’ll bump this post back to the top at 8:30PM. The opposition party’s response typically begins only moments after the president finishes.