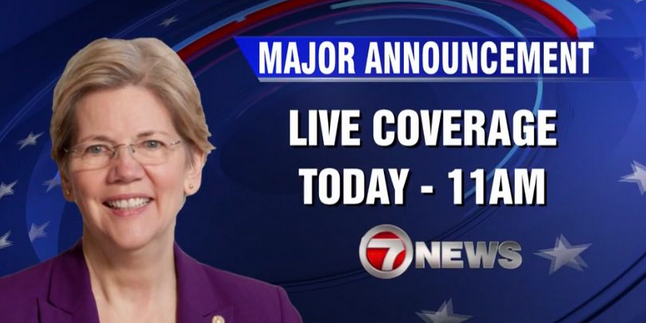 Senator Elizabeth Warren of Massachusetts was expected to formally begin her campaign for president on Saturday with a rally in this former mill town, before traveling to New Hampshire, Iowa and four other states. The selection of Lawrence was symbolic: It was the site, in 1912, of one of the most famous labor strikes in American history.

Ms. Warren, a mordant critic of corporate power in Washington, planned to make her kickoff announcement at Everett Mill, where a group of women began the strike after the mill’s owners cut their pay. Women, many of them immigrants, helped drive the strike that resulted in a pay increase and other victories for workers.