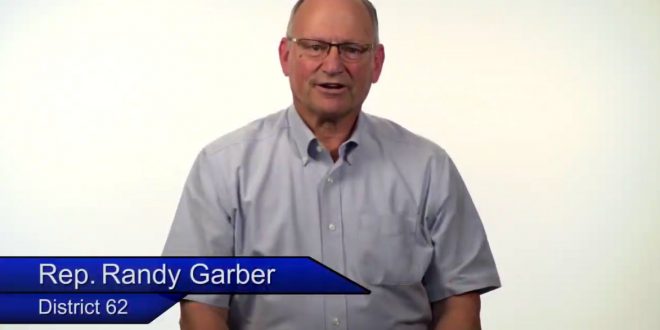 A group of state representatives in Kansas introduced legislation Wednesday that seeks to define same-sex marriage as “parody marriage,” stop the state from recognizing gay marriage and establish an “elevated marriage” option for straight couples who seek “higher standards of commitment.”

One of the two bills introduced contends LGBTQ people are aligned with the secular humanism movement, which it calls a religion. It also calls the gay pride rainbow flag a symbol of a “faith-based worldview.”

By doing so, the proposed legislation seeks to define marriage between a man and a woman as “neutral” and same-sex marriage as religious in nature. It then contends the state cannot constitutionally condone a religious practice.

The anti-gay marriage bills stand virtually no chance of becoming law. Democratic Gov. Laura Kelly’s first official act in office was to restore non-discrimination protections for LGBT state workers, and she would almost certainly veto such a bill.

“Their marriage probably doesn’t affect me – their union or whatever you want to call it. But in my opinion, they’re trying to force their beliefs on society,” said Rep. Randy Garber, a Sabetha Republican and the bill’s lead sponsor.

Several paragraphs in the bill seek to describe differences between the civil rights movement and the gay rights movement. The bill says “there are no ex-blacks but there are thousands of ex-gays.”

We have never seen this level of extremist vitriol laid out in legislative language. These marriage bills combined are 18 pages of insults and name calling. Fred Phelps would be proud. The sponsors of these bills should be ashamed of themselves. #ksleg pic.twitter.com/2UN0iREBxX