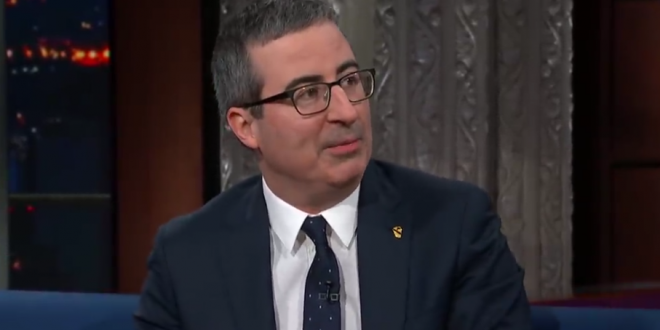 British comedian John Oliver thinks President Donald Trump could be in for a second term, calling those who think America is halfway through his presidency optimistic. The comedian made the comments on Monday night’s episode of The Late Show with Stephen Colbert.

“We just passed the midterm point in Trump’s hopefully first and only term.” Colbert told Oliver. “Some people are saying ‘ah, the end is in sight.’” “I definitely don’t have that kind of optimism,” Oliver responded. “To say we’re halfway through his presidency I think is to ignore the concept of a second term possibility.”

“We are two to six years away from the end of his presidency,” he quipped, before the audience interrupted his next comment with a loud “boo.”