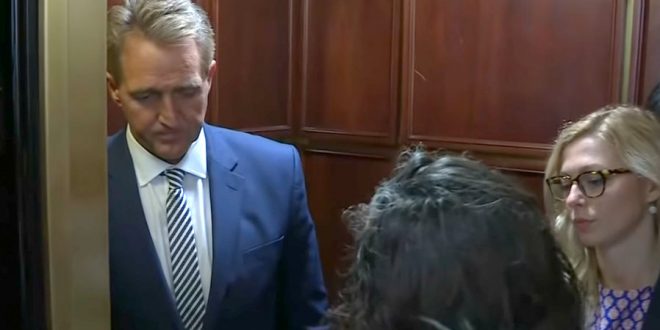 President Donald Trump’s State of the Union address on Tuesday might be nothing to look forward to, but there’s a silver lining regarding who will be in attendance. Ana Maria Archila, one of two women who was recorded in September confronting then-Republican Arizona Sen. Jeff Flake in an elevator during the confirmation process for Supreme Court Justice Brett Kavanaugh, will be attending the State of the Union as a guest of New York Rep. Alexandria Ocasio-Cortez.

Here’s a hint: I just picked up this gift for them at our very own Lockwood Shop in Jackson Heights 😉 pic.twitter.com/wSv23WmJ9k