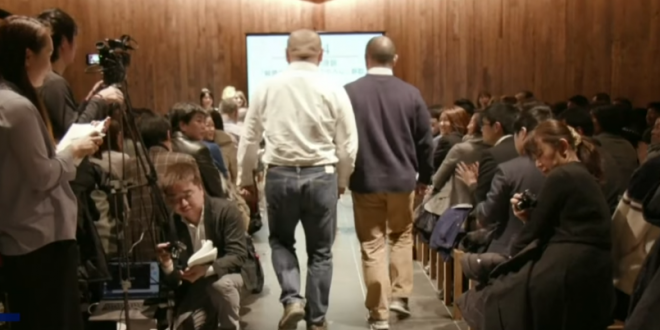 Thirteen same-sex couples demanding marriage equality filed lawsuits against the government at district courts across Japan on Valentine’s Day on Thursday, arguing that its refusal to allow them to marry is unconstitutional and discriminatory.

Each of the 26 plaintiffs is seeking 1 million yen ($9,000) in compensation, claiming that the government’s failure to recognize same-sex marriage has caused them emotional distress in what their lawyers say is the country’s first lawsuit challenging the constitutionality of such negligence.

The damages suits were jointly filed by the couples who are in their 20s through their 50s, and include Japanese and foreign partners, at the district courts in Tokyo, Nagoya, Osaka and Sapporo.

Gay couples sue Japan over right to get married https://t.co/Nd2PGZJaeD