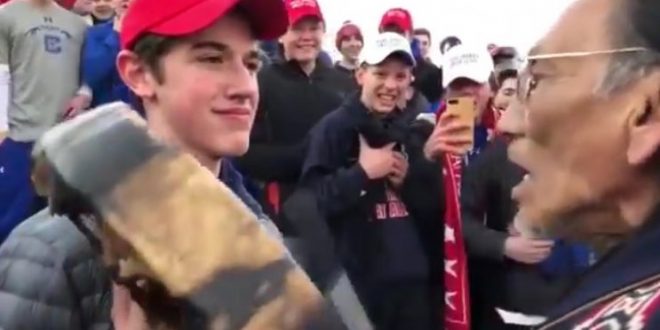 An investigation commissioned by the Diocese of Covington and Covington Catholic High School found no evidence of “racist or offensive statements” by Covington Catholic students during their encounter with Native American activists at the Lincoln Memorial in January.

Investigators were not able to interview either Native American elder Nathan Phillips or Nicholas Sandmann, the student at the center of the incident, in person. The investigation relied on Sandmann’s written account, third-party witness interviews, and statements from other students and chaperones.

Other key findings include testimony that the students felt “confused” when Phillips approached them. Investigators said they found no evidence of “racist or offensive statements by students to Mr. Phillips,” though some performed a “tomahawk chop.”

The Bishop of Covington welcomed the report in a statement on the diocese’s website. Roger Foys wrote that he was pleased “that my hope and expectation expressed in my letter to you of 25 January that the results of our inquiry would ‘exonerate our students so that they can move forward with their lives’ has been realized.”

The investigation was performed by Greater Cincinnati Investigation Inc., a private detective agency which appears to primarily investigate workplace insurance fraud on behalf of employers.