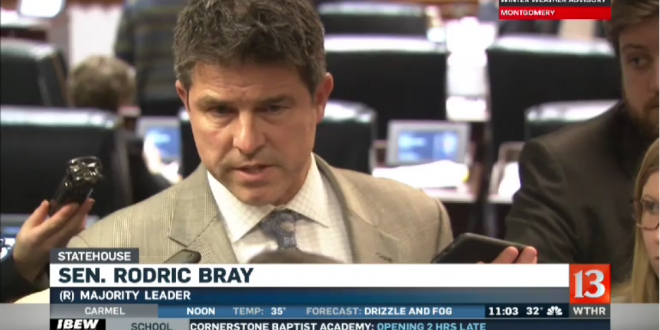 The Indiana Senate voted to amend a hate crimes proposal Tuesday, scrapping from the bill all protected characteristics, including gender identity, race and sexual orientation.

The amendment to Senate Bill 12 removed the list of specific characteristics and added that judges can consider bias more generally as an aggravating circumstance when weighing a stricter sentence for a crime.

In response, Senate Democrats staged a walkout and didn’t return to vote on any of the remaining bills on the calendar. Gov. Eric Holcomb said the amended bill “does not get Indiana off the list of states without a bias crime law.” But he didn’t say if he would sign it into law if it arrived at his desk as is.

The Senate is considering amendments to the hate crimes bill.

Sen. Aaron Freeman (R-Indy) is offering an amendment that would delete the list of victim characteristics and instead just say judges can consider “bias” during sentencing.