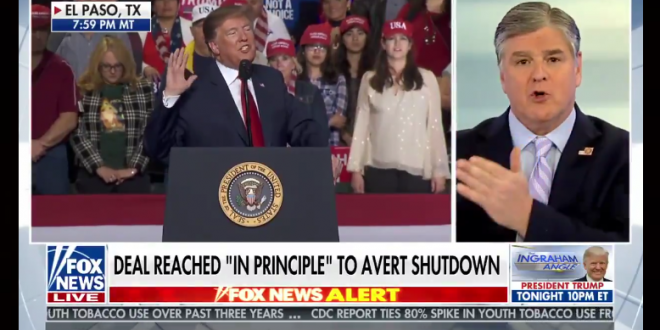 “Any Republican that supports this garbage compromise, you will have to explain,” Hannity said, interrupting the network’s coverage of the president’s El Paso, Texas rally to voice his views.

“Look at this crowd. Look at the country. Look at CBS News, even they say 72 percent of the American people want the heroin to stop, the cartels to stop, the gang members to stop and those that wish us ill.”

Hannity: “On this so-called compromise, I’m getting details. 1.3 billion and non even a wall or barrier… Any Republican that supports this garbage compromise, you will have to explain.” pic.twitter.com/9HXaooxBGP