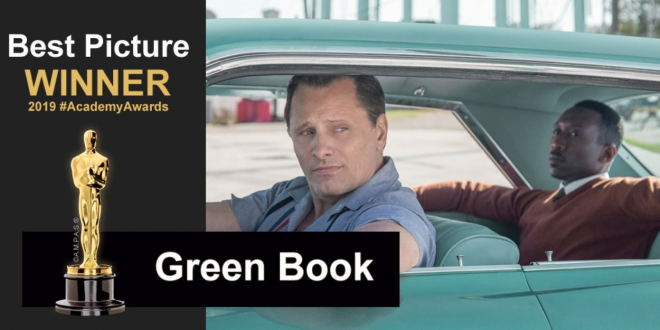 Green Book has won the Oscar for best picture at the 91st Academy Awards. Based on a real-life road trip through the deep south in the early 1960s, Green Book triumphed in a field considered the most wide-open in years, containing the likes of Alfonso Cuarón’s 70-set drama Roma, period black comedy The Favourite, and Marvel superhero movie Black Panther.

The first major upset of the night came about three hours into the show — Olivia Colman won over Glenn Close, who dominated trophies throughout award season and was favored by many to win for “The Wife.” (She’s now zero for seven Oscar nominations.) Colman was in tears by the time she reached the stage, and her mouth was still wide open in surprise. It was the only award of the night for “The Favourite,” which had a field-leading 10 nominations.

Rami Malek, accepting his first Oscar for his portrayal of Queen frontman Freddie Mercury, began by breathlessly and sweetly thanking his mother and his late father. Malek, whose parents immigrated to the United States from Egypt, is a first-generation American, and he was particularly proud of being part of a movie about “a gay man, an immigrant who lived his life unapologetically himself.”

ACTRESS IN A LEADING ROLE
Yalitza Aparicio, “Roma”
Glenn Close, “The Wife”
Lady Gaga, “A Star Is Born”
Olivia Colman, “The Favourite” *WINNER
Melissa McCarthy, “Can You Ever Forgive Me?”