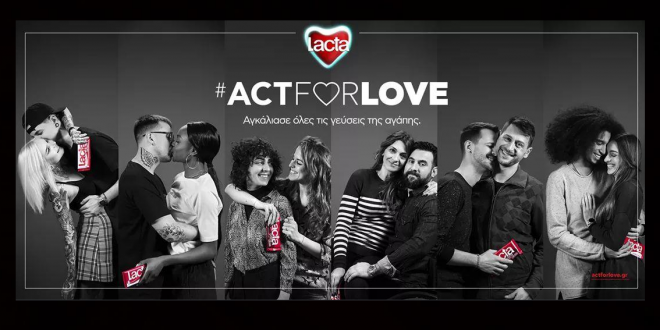 When Chloe Kritharas Devienne was asked to photograph 28 couples kissing and cuddling in Greece while holding a bar of Lacta chocolate, she did not expect to be attacked by trolls. The Valentine’s Day adverts for the popular chocolate brand were the first to feature same-sex and interracial couples in Greece, a conservative country where the Orthodox Church holds sway and same-sex couples cannot marry or adopt children.

“People were tweeting pictures of my face, saying, ‘This is the photographer who did this’,” she told the Thomson Reuters Foundation, adding that critics also posted links to her work documenting refugees to portray her as excessively liberal. Homophobic attacks by far-right gangs are not uncommon in Greece, where civil partnerships were legalised in 2015 amid protests from the Communist party, right-wingers and the church.

See their Act For Love site.