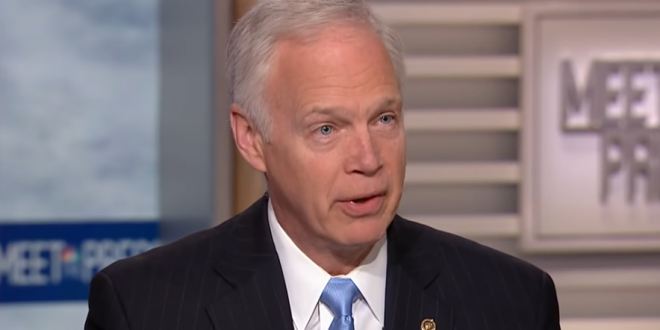 “You said we controlled both chambers. We didn’t. We had a majority in the Senate. So you don’t control it. We needed Democrats to support us and they’ve been unified in trying to thwart this president’s #1 issue in the campaign, which was to secure the borders. So no, we didn’t have control. We needed Democrats, we never had any cooperation from Democrats, which is regrettable.” – Sen. Ron Johnson, when asked why Republicans didn’t approve Trump’s border wall when the GOP controlled Congress.