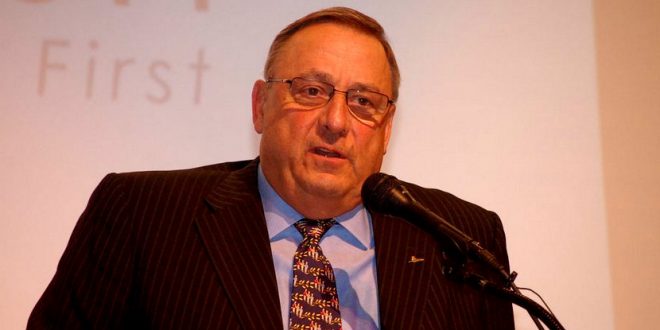 Former Maine Gov. Paul LePage: If The Electoral College Is Abolished, White People Will No Longer Have A Voice

Former Maine Gov. Paul LePage (R) said Thursday that eliminating the Electoral College and electing a president based on the national popular vote would thwart the voice of white people.

“Actually, what would happen if they do what they say they’re going to, white people will not have anything to say,” LePage, who served as governor from 2011 to 2019, said on the Maine radio station WVOM.

“It’s only going to be the minorities that would be elected. It would be California, Texas, Florida.”

Maine is considering joining the 12 states (so far) that would award all of their electoral college votes to the national winner of the popular vote. The plan would only kick once the coalition includes states that accumulate at least 270 electoral votes in total.

Previous ISRAEL: Netanyahu To Be Indicted For Bribery, Fraud
Next Charlie Kirk At CPAC: Trump’s Presidency Has Revealed That Liberals Have Always Hated This Country [VIDEO]