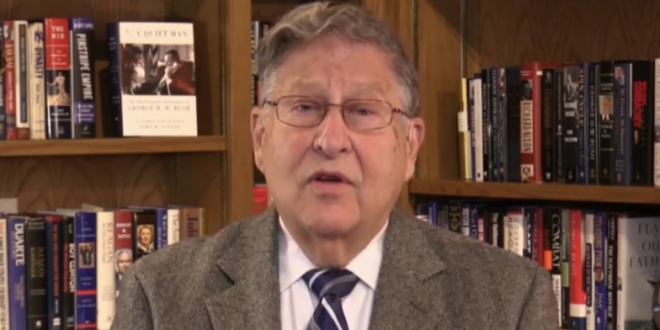 “The Democrats were the party that flirted with communism in the 40s and 50s, the Republicans criticized them for it, to the point where Ronald Reagan left the Democrat Party, became a Republican. The attraction of socialism and communism to the Democrats has historically been so strong that Bernie Sanders chose to spend his honeymoon in the Soviet Union. The Democrats are flirting with government takeover of life, limb, property, and freedom. And the Republicans are rightly calling them out for it.

“Look, this has been the line of the Democrats since the mid 80s, that climate change is going to destroy the world tomorrow. Tomorrow has never come. It is an issue that has to be addressed, but in a responsible way, not with the ridiculous Green New Deal that the Democrats are talking about, which would not only bankrupt America but disrupt economies all around the world.

“There is a rational way to deal with tough problems. The Democrats are choosing an irrational road. I have said it before. They are quantitatively illiterate.” – Former GOP New Hampshire Gov. John Sununu, speaking on Fox News.

Sununu served for two years as George H.W. Bush’s chief of staff, resigning in 1991 after widespread criticism for using military jets for personal travel to the tune of $600,000. His son Christopher Sununu is the current governor of New Hampshire.