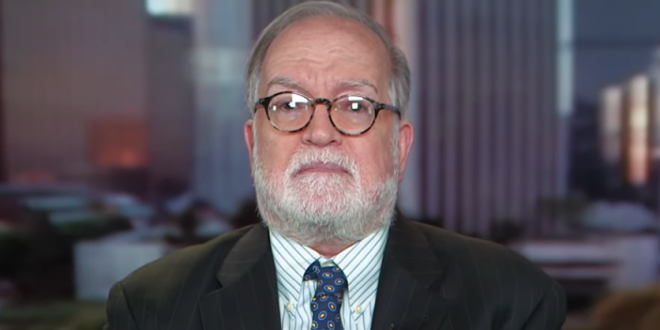 On Friday, Jerry George — who spent decades working at the National Enquirer including serving as senior editor and Los Angeles bureau chief — warned that his former boss, David Pecker may well land in jail. “I think there’s a very strong chance that David Pecker may end up doing time,” George said.

“I think there is a real risk to the institution, the newspaper if it faces indictment,” he explained. “They may have debt could have covenants, agreements with investors. An indictment of an institution, a corporation is usually a death sentence.”

George also appeared on CNBC last night, where he said that he thinks Pecker delivered the dirt on Bezos to Trump as a “favor.” According to George, when he was made CEO of the Enquirer, he “brought with him a silent editor. That was Donald Trump.”