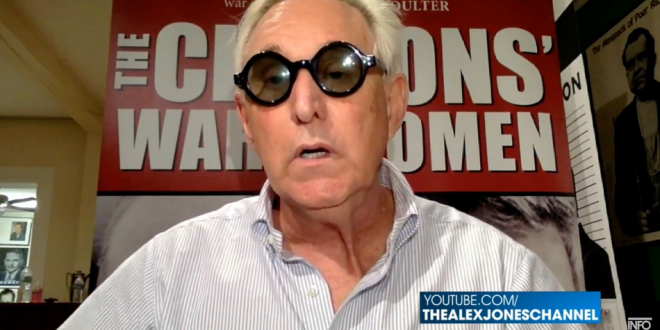 A federal judge said Friday she’s considering slapping a gag order on Roger Stone, the longtime Donald Trump associate who has been on a media blitz since being charged a week ago with lying to Congress and obstructing lawmakers’ Russia investigation.

In the first hearing in Stone’s case — brought by special counsel Robert Mueller as part of his sprawling probe into Russian election meddling — Judge Amy Berman Jackson said she would give each side a week to offer thoughts on a potential gag order.

Since his arrest and indictment last week, Stone has been vociferously arguing that such restriction would impede his ability to make a living during his case, which could easily drag on for months.

Previous Parkland Activist To Attend SOTU As Dem Rep’s Guest
Next Kellyanne Conway: If Cory Booker Were A Republican He’d Be Called “Sexist” For Running Against Women