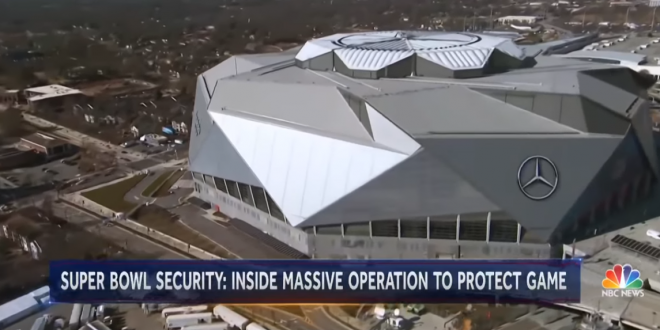 FBI Warning: Drone The Super Bowl And Go To Jail

The sky above the stadium that will host Sunday’s Super Bowl is being “inundated” with an alarming number of drones, raising the specter of injuries to tourists or others — or a possible collision with aircraft, the FBI said Friday.

That’s despite an ongoing restriction that bans the use of drones in the area of Mercedes-Benz Stadium downtown.

Officers on Thursday confiscated a half-dozen drones that were flown near the stadium, FBI spokesman Kevin Rowson said Friday at the agency’s Atlanta field office. The cases will be referred to federal prosecutors for possible charges; the drone pilots could face jail time and fines, Rowson said.

Previous Trump Leaves On First Mar-A-Lago Trip Since Shutdown
Next Dem Virginia Gov Apologizes For Racist Yearbook Photo: “This Behavior Is Not In Keeping With Who I Am Today”