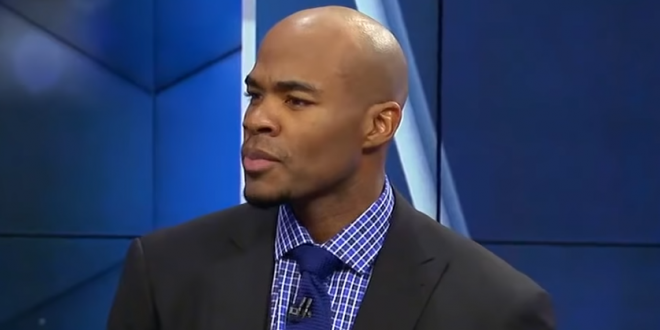 Meredith Watson, who has accused Virginia Lt. Gov. Justin Fairfax of rape, also says she was raped by former Duke University basketball player Corey Maggette, according to her attorney. Maggette, who went on to play 14 seasons in the NBA and is now a freelance basketball analyst on Fox Sports West, denied the allegation in a statement to the Times.

“It has only been through media accounts and a statement from Meredith Watson’s lawyer that I first learned or heard of anything about the sexual assault allegation,” Maggette said, according to the Times. “I have never sexually assaulted anyone in my life and I completely and categorically deny any such charge.”

Watson’s attorney, Nancy Erika Smith, said in a statement Friday—before Maggette was named—that after Watson was raped she went to a dean “who provided no help and discouraged her from pursuing the claim further.”

A Duke spokesperson said the school was looking into the claims. Watson also alleges that Fairfax assaulted her when they both attended Duke in 2000. Fairfax denies that allegation, and a second from Vanessa Tyson, who alleges Fairfax sexually assaulted her at the Democratic National Convention in 2004.