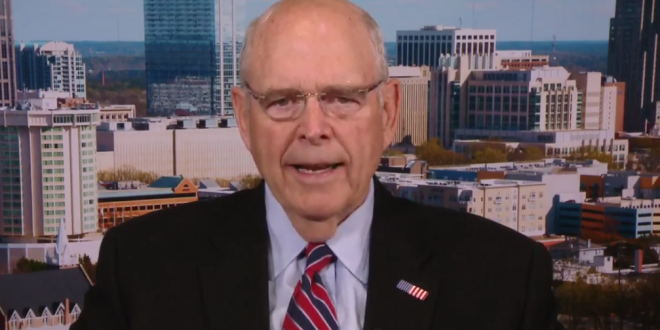 A judge in North Carolina on Friday tossed out the state’s constitutional amendment requiring a voter ID, citing prevalent gerrymandering in the state’s General Assembly.

Wake County Superior Court Judge G. Bryan Collins wrote in a ruling late Friday afternoon that the North Carolina General Assembly is so gerrymandered that its members do not truly represent the state’s residents and thus should never have proposed a voter ID amendment in the first place.

“An illegally constituted General Assembly does not represent the people of North Carolina and is therefore not empowered to pass legislation that would amend the state’s constitution,” Collins wrote.

The amendments were backed by Republican lawmakers, and on Friday N.C. GOP Chairman Robin Hayes [photo] said in a written statement to The News & Observer that he thinks the ruling should be overturned.

“These amendments were placed on the ballot and passed by an overwhelming majority of North Carolinians,” Hayes said. “This unprecedented and absurd ruling by a liberal judge is the very definition of judicial activism.”

When he was a state legislator, Robin Hayes appeared on JMG regularly for his campaigns against LGBT rights.

Previous Poll: Conservatives Outnumber Liberals In Most States
Next There’s A #QAnon Nutbag Working At Mar-A-Lago