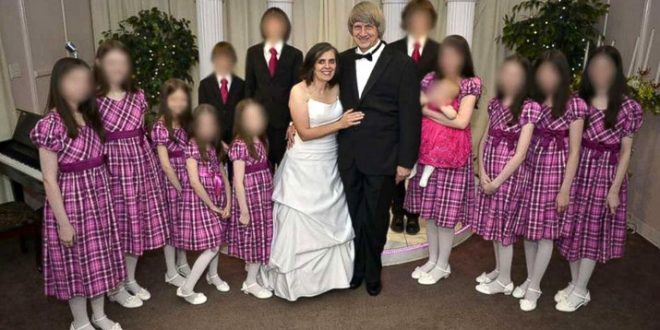 David and Louise Turpin, who are accused of starving, beating and inflicting other abuse on 12 of their 13 children at their Perris home, pleaded guilty to multiple charges in the case as part of a plea deal.

The two appeared in court on Friday and each pleaded guilty to 14 counts in connection to the abuse case — including torture, false imprisonment, adult dependent abuse and child endangerment.

Louise Turpin, 49, shed tears as she pleaded guilty while her husband, 56, was more stoic. The two face 25 years to life in prison, and they will be eligible for a parole hearing after 25 years under California’s elder parole law, due to the couple’s age.

David Turpin, 57, also was charged with perjury and one count of a lewd act on a child under the age of 14. Those charges — and the others not covered by the deal — are expected to be dismissed at a sentencing hearing set for April 19.

Investigators testified in June that the children said they were starved, chained to beds, locked in cages, choked, tossed down stairs, beaten with switches and neglected to the point they had no formal schooling and bathed only about once a year.

From my initial report on the case:

NEW: David and Louise Turpin, California parents accused of torturing and holding captive most of their 13 children, plead guilty to 14 felony counts against them, prosecutors say. https://t.co/Hk0Couq9Gz pic.twitter.com/Mk8Wy52Pon

David and Louise Turpin, a couple accused of torturing, starving and keeping their 13 children captive in their Perris home, have pleaded guilty to 14 felony counts, including one count of torture. https://t.co/ACMb80XF2P