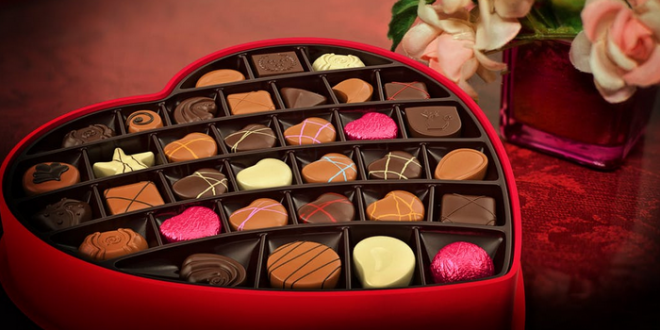 Christian Group: On Valentine’s Day Be Sure To Boycott “Leftist” Anti-Jesus Candy Makers Hershey’s And Mars

Valentine’s Day is this week and for many that means choosing candy to give to your significant other. You have many options out there when it comes to candy, but 2nd Vote wants to make sure you are informed on where your consumer dollars will be going after you purchase the candy.

If you choose Hershey’s as your Valentine’s Day candy of choice, unfortunately you will be indirectly supporting leftist organizations such as Planned Parenthood, the Human Rights Campaign, and other organizations that work to undermine protections for religious liberty.

Hershey’s overall score on the 2nd Vote scale is a 2 (Lean Liberal), but specifically scores a 1 on the issues of environment, marriage, and religious liberty. We urge you to not support Hershey’s and shop with your values in mind by choosing other candy companies.

Another candy company to avoid this Valentine’s Day is Mars. Mars is a company that is most famously known for its popular chocolate bars such as Snickers, Musketeers, Milky-Ways, and M&Ms. As much as we all might enjoy these candy bars, we dislike how Mars spends our consumer dollars. Mars scores a 2.1 because of their support of groups such as the World Wildlife Fund, Planned Parenthood, and LULAC.

So you must be asking yourself, “Is there any candy company that I can buy from this Valentine’s Day that doesn’t compromise my values?” We’re glad you asked. Russell Stover, Godiva, and Jelly Belly offer wonderful options to spoil your significant other with sweets this year.

All three of these companies score a 3 (Neutral) or better on the 2ndVote scale so you can feel confident you are supporting companies with you, the consumer, in mind and not political activism. This is probably why Russell Stover, Godiva, and Jelly Belly make better tasting candy than Hershey’s and Mars as well.

VIDEO: Below is their live-stream of a gun and an American flag, which has been running continuously on YouTube since October 2017.