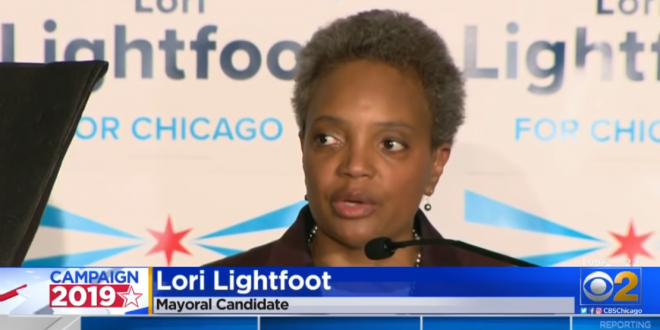 Two black women will face off in an historic April runoff for Chicago mayor, one a former prosecutor and anti-establishment candidate and the other a career politician, as the third-largest U.S. city struggles with crime and racial divisions.

Lori Lightfoot, 56, the former president of independent civilian body the Chicago Police Board, had 17 percent of the first round vote on Tuesday with 90 percent of precincts counted, results showed. Lightfoot, who would also be the city’s first openly lesbian mayor, thanked her supporters for their courage in a late-night rally in front of cheering supporters.

Toni Preckwinkle, 71, Cook County board president and a long-time politician, followed with 16 percent of the vote. William Daley, 70, son of one previous Chicago mayor and brother of another, conceded the election with just under 15 percent. The runoff will be held on April 2.