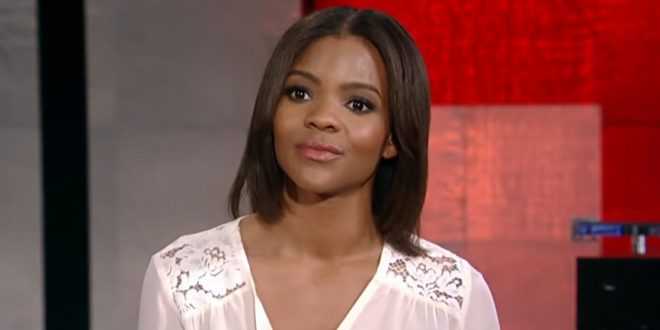 Candace Owens: The Problem With Hitler Was Globalism

“I actually don’t have any problems at all with the word nationalism. I think that it gets — the definition gets poisoned by elitists that actually want globalism. Globalism is what I don’t want. So, when you think about whenever we say nationalism, the first thing people think about, at least in America, is Hitler. He was a national socialist, but if Hitler just wanted to make Germany great and have things run well, OK, fine.

“It’s important to retain your country’s identity and to make sure that what’s happening here, which I think is incredibly worrisome in terms of just the decrease in the birth rate that we’re seeing in the U.K., is what you kind of want to avoid. So I’m not — I have no problems with nationalism. It’s globalism that I try to avoid.” – Turning Point USA spokesperson, frequent Fox News guest, and Trump cultist Candace Owens.