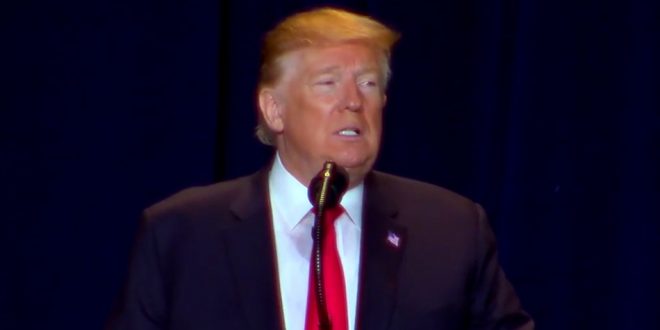 Donald Trump has accidentally told an audience of global religious leaders that America’s greatest accomplishments include the “abolition of civil rights” during the National Prayer Breakfast in Washington.

“Since the founding of our nation, many of our greatest strides, from gaining our independence to abolition of civil rights, to extending the vote for women, have been led by people of faith and started in prayer,” the president said on Thursday. “When we open our hearts to faith we fill our hearts with love.”

The president attended the breakfast with his wife Melania Trump, where speakers addressed the level of division in the country and what one described as a “fracturing of the American family.”

Trump says that some of America’s greatest accomplishments, including the “abolition of civil rights,” have been led by people of faith. Via Fox pic.twitter.com/Gqa8e74jLz