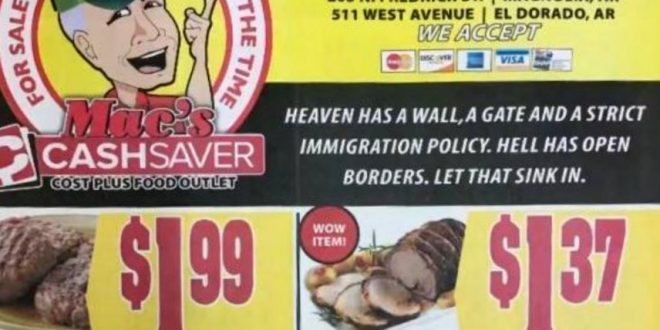 The ad book was sent to four Mac’s Cashsaver stores in Arkansas. According to the store, the mailer typically includes a religious or political message. The current mailer includes a message that references the U.S./Mexico border wall controversy. It reads, ‘Heaven has a wall, a gate and a strict immigration policy. Hell has open borders. Let that sink in.’

Those words aren’t sitting well with some customers. “It just doesn’t make any sense,” said Tyler Reede, who saw the mailer while shopping at one of the Camden stores. “Why would they put that on there?”

As you can see at the link, other customers are thrilled.