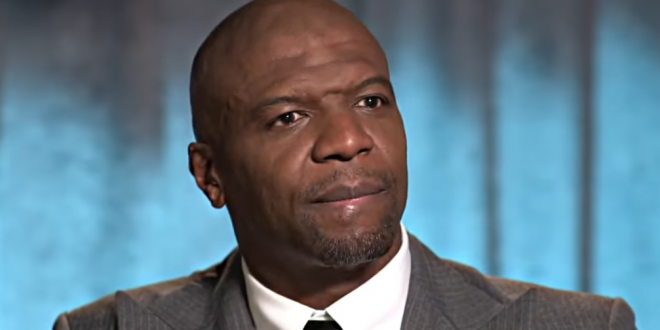 Terry Crews joined Jeff Bezos and others in accusing American Media Inc., the parent company of the National Enquirer, of extortion by threatening to publish scandalous stories in an attempt to silence. After Bezos accused AMI of blackmail — the Amazon founder published emails showing executives threatened to publish nude photos of him and his girlfriend Lauren Sanchez — Crews tweeted that the same company “tried to silence” him with a similar attempt.

Some you might know Crews as President Dwayne Elizondo Mountain Dew Herbert Camacho from the cult classic, Idiocracy. He spent eight years as a defensive end for the NFL before launching an acting career. Since 2013 he’s starred in the sitcom Brooklyn Nine-Nine.

This same company, AMI, tried to silence me in my lawsuit against @wme and Adam Venit by fabricating stories of me with prostitutes— and even went so far as creating fake receipts.

I called their bluff by releasing their threats online. They blinked. https://t.co/S6lMZ5K6Tb

The same guy who runs @radar_online and @NatEnquirer who threatened me with the false prostitute story 1 day after my @GMA interview now accused of SEXUAL MISCONDUCT.